What a great day - starting with the workshop where I did a one to one with Coco the staffie who had a few 'social behaviour' problems - with other dogs.  Have arranged to meet Coco and her owner next session to work on her behaviour.

As the Queens Park Community Festival I decided to have a 'doggy factor' event where the most appealing mutt was chosen by our local councillor - The winner was Olly a retriever and second was Emma a jack russell - both well known in Queens Park!!

Every year a community trophy is given to the dog and their owner who has improved in both behaviour and benefited mostly from dog socialising classes.  This year was Shadow a two year old husky owned by the Fahr Family.  David Fahr walks Shadow two or three times a day, walks him on a lead, but why I chose David is because he makes other dog owners aware of being responsible and of the correct way of looking after your dog. Well done David.


Posted by Canine Culture at 12:58 No comments: 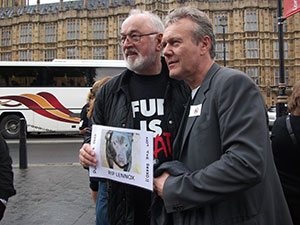 May this beautiful dog whose owners did everything in their power to be law abiding and responsible dog owners - May Lennox now rest in peace - but the protest for Justice goes on.
Posted by Canine Culture at 12:16 No comments:

The first Dog Show in Tamplin Mews W9 funded by the Harrow Road Ward of Westminster UK was a great success despite the weather.  Up at the crack of dawn to make sure barriers were in place - marque was erected and everything was in place.  Indulgent dog owners with breeds big and small waited with anticipation of winning the 'Ms Diva', 'Mr Slick' or 'I luv My staffie' and other categories. Enthusiastic barks and excited pooches filled the Tamplin Mews 'open space'!

First 'I luv my Staffie' was Maggie - Second was Hyland a rescue from Battersea
First 'Mr. Slick' was Marcel a shitzu  Second was Olly a golden retriever
First 'Ms Diva' was Pebbles a Bichon Second was Josephine a jack russell
First 'Best Senior' was Rebel a Terrier x Second was Barney a Labrador
First 'Best Rescue was Snoopy a yorkie was had been burned and abused
Second 'Best Rescue was Maddox a Bull dog rescued from Bully Breeds Rescue
First 'Pup Idol' was Frankie a Pomeranian Second was Pixie a Jack russell x

Best in Show was Maggie

What a great day and despite the excited owners the day went really well,

Even though the weather was a bit of a wash out - nine people attended the dog socialising class There was Beautiful Cedar - a German Shepherd - B a rescue lab cross - Gracie the lovely staffie rescue bouncy as ever - more focus on the little dogs more than on her owner! Barney the labrador who came with his pal Maggie the American Bulldog. Bo the little chihuahua wanted to stay close to her owner and was a bit wary of the bigger dogs. The class was mainly socialising the dogs of different breeds and sizes with each other and walking to heel - not pulling on the lead - 'lead control'

Bella the Sharpei cross a young pup came to the workshop for work on her recall - and walking to heel on the lead. Two people came to the workshop to ask advice on neutering the dogs - and whether it altered their dogs 'behaviour'.  One lady was quite upset about how a man was treating his dog and wanted to know the contact details for reporting it.

The workshop is for dog owners not only to have some training more on a one to one basis but also to ask advice on neutering, microchipping, toilet training and any other issues or questions they may want to know.  Also free poop bags are given out to other dog owners.
Posted by Canine Culture at 22:53 1 comment: