Bailey and Bonnie two labrador pups bounded over to say Hello - jumping up - then running in circles around their owners - Fudge another labrador came back for more sessions.  At ten months Fudge is now like the 'outrageous teenager' thinking he knows it all!!

Purdy at three years old had come to mix and socialise with the bigger dogs and to learn 'some lead control'!! Millie the cairn terrier a lovely little girl but her owner was wary of letting her meet and greet older larger dogs.

Nemo Duke was a large dog who needed to brush up on his social skills.  His owner wanted him to mix more but in a safer environment and thought the 'classes' would be ideal to introduce Nemo Duke to the area.

Then in walks or pulls his owner into the area is Cola a husky cross just a pup but already in charge - with a friend Snowy a beautiful white samoyed with his lovely willing to learn owner.

Must NOT  forget the maltese terrier Pooch - another 'puller' and Woof a Jack russell terrier x - running around so excited by all the new doggy friends!!

Snowy and Petal suddenly appeared halfway through the lesson with a few other old faces.  'Next time everyone on time please - Sadly no sign of Cesaer the staffie - his owner had done so well  I was hoping to see her today. Apparently someone made her feel uncomfortable (no one in the last class) but when she came into the dog area on her own - told her she shouldn't come in with a staffie.  I find that so negative when people judge the breed not the deed.

The follow up session went really well - it was great to see the owners taking in my advice and doing their doggy homework.

Next session is Saturday 22nd September - same place same time 2pm
Meeting Bailey and his owner at 1.30pm to have an extra one to one session - Bailey has problem with walking along the street - he whimpers and does not want to move - he needs to get socialised with the sounds of traffic and the bustle of the streets.

Posted by Canine Culture at 20:20 No comments: 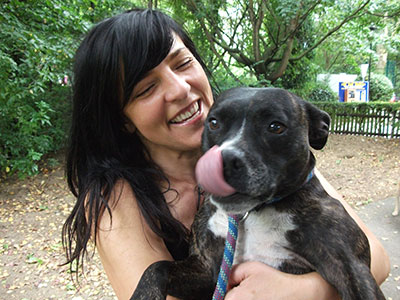 Here is what good dog ownership is all about!! Gracie was a rescue dog and just look at her now - socialised and one of the winners on the Day!!!
Posted by Canine Culture at 12:29 No comments: